Although Boko Haram has been using the ISIS flag for a while, as in the picture below from October 2014, their official statement of allegiance to ISIS has been followed up with attacks from Niger and Chad who have launched air and ground strikes against the Jihadists. This is promising as it shows an alliance that may be forming against Islamic imperialism in Africa and could prevent another tragedy such as in Darfur:

Niamey (AFP) - Niger and Chad on Sunday launched major ground and air strikes in northeast Nigeria against Boko Haram, after the militants formally pledged allegiance to the Islamic state group in Syria and Iraq.

The attacks, which follow a sustained build-up of troops in southern Niger, opens up a new front in regional efforts to wipe out the Islamist group, whose six-year insurgency has spread across borders.

"Very early this morning, troops from Niger and Chad began an offensive against Boko Haram... in the area of Bosso and near to Diffa," a Niger government source in Niamey told AFP on condition of anonymity.

More than 200 vehicles, some of them with machine guns, as well as tanks, ambulances, water tankers and transport trucks, were seen moving towards the border, radio station Anfani, based in Diffa, said.

Aircraft targeted Boko Haram positions on Saturday and early Sunday, it added, while a Diffa resident and aid worker said troops were seen heading to the border and heavy gunfire was heard. Read the rest.....

Jihad can happen anywhere, even in the most unexpected circumstances:

U.S. Bombs The Shiite Out of ISIS

Posted by Pastorius at 17:44 No comments:

Documentary also features Jordan Matson, the American who is risking his life to bring the fight to the Islamic state: 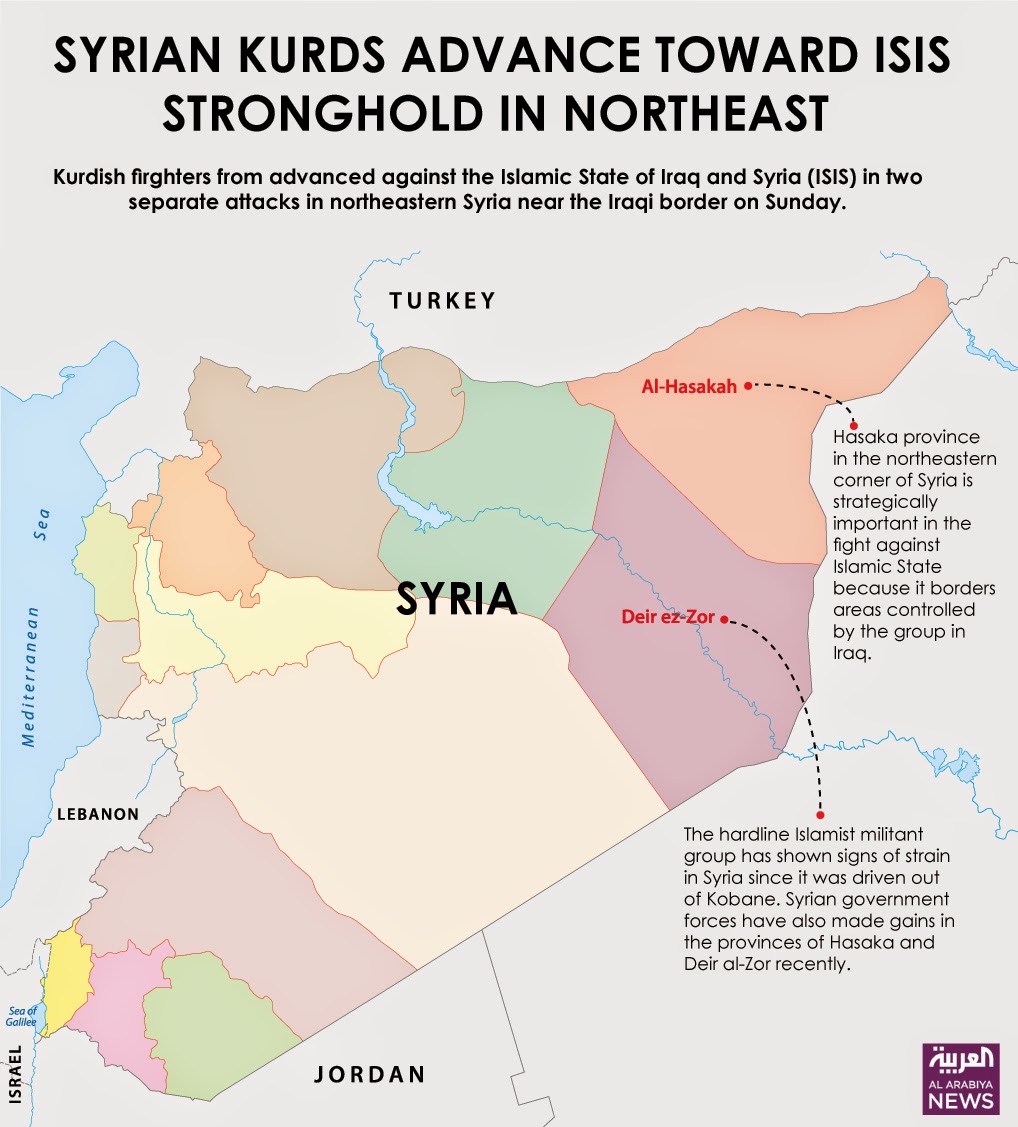 Syrian Kurdish forces advanced against the Islamic State of Iraq and Syria (ISIS) in two separate attacks in northeastern Syria near the Iraqi border on Sunday, an organization tracking the war reported, according to Reuters news agency. In an attack backed by U.S.-led air strikes, the Kurdish YPG advanced to within 5 km (3 miles) of Tel Hamis, an ISIS-controlled town 35 km (22 miles) southeast of the city of Qamishli, Kurdish official Nasir Haj Mansour said.
“Twenty-three farms and villages, big and small, have been liberated,” Mansour told Reuters by telephone. read the rest.... 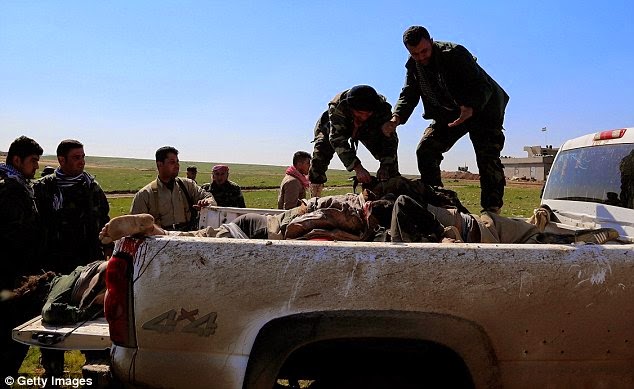 As you can see, the Peshmerga are complying
with the Geneva Convention regulation
that all "extremists" be given a ride home to Hell
when they have been killed on the battlefield

From the Daily Mail:


More than 60 Islamic State terrorists have been killed after fierce fighting broke out overnight in northern Iraq, Kurdish officials have said.

Their bodies were piled into a digger claw and onto the back of a flat-bed truck today in the strategic village of Sultan Abdullah, which extremists have targeted repeatedly in the past two months.

The bloody assault came just a day after U.S. officials revealed they are planning a 25,000-soldier invasion of Mosul - which was seized by Islamist militants last June - in as little as six weeks.
Photos taken today showed Kurdish forces, known as Peshmerga, amassing the bodies of Islamic State militants at their heavily-attacked headquarters in the village of Sultan Abdullah.

A spokesman for the Kurdistan Democratic Party's Foreign Relations Office told MailOnline: 'ISIS militants have attacked Peshmerga frontlines twice in the last three days in the heights of Sultan Abdulla and on the Makhmour front.

'In each case the militants were defeated, and repulsed in such a way they reportedly left behind 60 bodies.'

Posted by Pastorius at 16:11 No comments: